One of the workshops hosted by partner entities, during WIRE X 2019 conference, “Atelierul de idei” Iasi, brought up the issue of digital transformation in the North-East Region.

The paradox is that, although in Romania the IT market is constantly expanding, our country is on one of the last places in the European Union in terms of digitization.

To reduce the current gap, the EU has proposed the development of a Digital Innovation Hub (DIH) network as a key priority in the European Industry Digitization Initiative, adopted in April 2016. In Europe, there are currently 500 such structures, including 282 fully operational and 216 in preparation. In Romania there are only 2 fully operational Hubs (Cluj and Sibiu).

In North East Region, there has been no such initiative so far, although the level of digitization of companies in the region reflects the paradox of digital transformation in Romania. We are thus facing a potential of national and regional development that deserves to be harnessed by indigenous entities for the good and gain of the regional entrepreneurial ecosystem.

The LEGO SERIOUS PLAY methodology uses a 100% interactive approach, with all participants having the opportunity to contribute and be heard and systematically working individually and collectively, to build 3D representations of their perspectives, using LEGO bricks. 21 participants, key actors (decision-makers from the NE region – representatives of the IT community, academia, entrepreneurship, public administration, NGOs), grouped into 4 working tables, were challenged to think about setting up of an IHL in the region.

The conclusions show that the key actors are aware of the need for such a structure in the North-East Region, we have the necessary competences to set it up, we can access the necessary resources and, last but not least, we have a community involved and willing to contribute at this initiative. After WIRE, the dialogue continued so in July 2019, 6 entities (5 private companies, 1 academia and 1 NGO), expressed firmly their interest to form the initiative and coordination group for the future Digital Innovation Hub in the North-East Region. The next meeting scheduled at mid August 2019, will bring together the initiative group and will aim to establish the next steps in achieving this goal. We will come back soon with interesting news for international cooperation on this matter!

With this in mind, the workshop ˝Exploring the alignment to a common purpose, using the methodology of LEGO SERIOUS GAME˝, hosted by Alexandru Ioan Cuza University and facilitated by Cristina Baghiu – Founder & Facilitator “Atelierul de idei”, has proposed and succeeded in improving the collaboration of the key actors of the regional innovation ecosystem, by stimulating the synergy towards a common goal: the creation of a digital innovation hub (DIH) in the northeast of Romania. 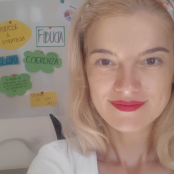 Passion for innovation paired with strong business skills and 20 years of corporate know-how brought to life the project of Atelierul de Idei. I am your guide in the innovation process, empowering your team to deliver new ideas, products, services or business models in a structured facilitated process.

Get Atelierul de Idei latest articles and tools right in your inbox.